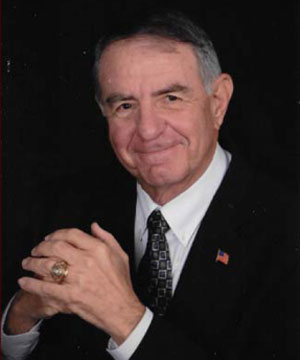 There is a lot going on at A&M that most people don’t hear or read about.  Under Joe Ashy’s leadership, the Sul Ross Group is collaborating with many A&M officials and groups to make sure A&M’s traditions and culture are not lost. The Sul Ross Group’s membership includes all former students who attended Texas A&M or graduated more than 55 years ago.

General Joe Ashy and his wife Sue grew up in Beaumont, Texas. He graduated from Texas A&M University with a degree in mechanical engineering. After being commissioned, he attended flying school at Reese AFB, Texas followed by F‐100 gunnery school at Luke AFB Arizona. His first assignment was to the 494th Tactical Fighter Squadron at RAF Lakenheath, England. He then was assigned to 3rd Fighter Wing at Bien Hoa AB, South Vietnam where he flew 289 combat missions. Other fighter aircraft he has flown operationally include the A‐7, F‐4, F‐5 and F‐16. He also served in various staff positions during the span of is service in the USAF. He was the operations officer of an F4E squadron (the 36th FS) in Korea, followed by command of the 421st Fighter Squadron (F‐4Ds in Utah).

He retired from the USAF in 1996. As president of Ashy and Associates, L.L.C., he consulted for aerospace firms, was a member of boards and USAF advisory groups, and mentored a Department of Defense course for newly promoted US flag officers and senior civilians for 18 years – traveling and visiting over 125 countries around the globe as the senior US delegate.

He and Sue now live on College Station, Texas. He is a member of the Christ UMC, enjoys golf, great grand kids, all things Texas Aggie, the Sons of the Republic of Texas (SRT), the Sons of the American Revolution (SAR), and is currently President of the Texas Aggie Sul Ross Group.