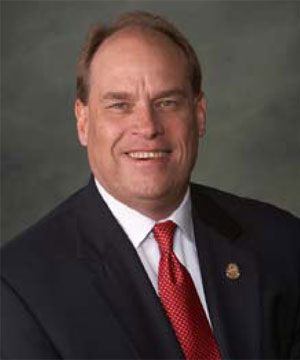 Porter graduated from Texas A&M University in 1979 with a BBA in marketing and began his career with Hughes Tool Company before joining The Association’s staff as Field Director in 1981. After nearly 18 years of service to The Association, Porter was unanimously elected by the Board of Directors to lead the organization, making him only the seventh chief executive in The Association’s 141‐year history. Over the last 21 years as President and CEO, Porter has inspired innovation and led initiatives to achieve The Association’s vision to become the premier alumni organization, enhance Association programs and services, and broaden the organization’s reach and relevance to the worldwide Aggie Network. He serves as a non‐voting member of The Association’s Board of Directors and Executive Committee, working closely with the Board to ensure that donated funds are used in the most efficient and effective ways to benefit Texas A&M and the Aggie Network. Under his leadership as President and CEO, The Association of Former Students’ total assets have grown from $55 million to $117 million and the organization has raised over $321 million impacting Texas A&M and Texas Aggies.

Porter is a member of the Self‐Governing Alumni Forum (SGAF), Council of Alumni Association Executives (CAAE), the Council for Advancement and Support of Education (CASE) and serves on the board of Baylor Scott & White Health – College Station Region. He served on numerous boards to include: CASE District IV, CASE Commission on Alumni Relations, Brazos Valley Rehab Center and March of Dimes. He is only one of two individuals to have been honored with a lifetime membership in the Brazos County A&M Club. Porter and his wife, Lisa ’91, have three children: Claire ’21, Callie ’23 and Porter IV.