The Senior Aggie Leadership Council of Austin (SALC) exists to communicate and promote leadership examples from A&M former students and friends of Texas A&M. We are a group of “senior” Aggie executives and leaders who share breakfast every other month, listen to a guest speaker and enjoy Aggie fellowship. Speakers candidly share challenges they faced as leaders in Texas A&M academics, administration and sports; Texas state and U.S. government; and in private companies.

The SALC was founded in 2003 at the recommendation of Dr. Eugene Payne during a discussion with fellow Aggie Scott Smith. Gene describes the early formation of the organization as follows: “During a meeting I had with Scott Smith to discuss the Capital City A&M Foundation, I suggested the desirability of a regular breakfast meeting that brought together senior-level Aggies in the Austin area. At that time there did not exist a format for senior Aggie leaders to routinely meet and discuss leadership problems and solutions. Scott ran with the idea, pulling together a handful of other Aggies – some of whom included Larry Bloomquist, Norman York, Les Pittman and Hector Gutierrez. We drafted a mission, a format, meeting times and a place. Norman York agreed to be the founding Chairman.”

After Norman York relocated to Houston in 2010, Dr. Payne took over as the chairman of the Senior Aggie Leadership Council and led with distinction for eight years. In January of 2019, Gene decided it was best to pass the torch and I agreed to try to fill his big shoes with that roll. I am honored to accept the challenge to continue the path of our original mission to connect senior leaders in the Austin area in the promotion of fellowship and exchange of ideas about leadership. This organization will continue to support the leadership of the Capital City A&M Club (CCAMC). As Austin has grown, we hope to encourage more A&M senior leaders to join our group and share experiences among their Aggie peers. Here a link to our bylaws and a membership application.

In closing, we will continue to present quality and engaging speakers for our breakfast meetings. Scott Smith has been our program chairman since the inception of the organization, but recently handed off the duties to Stephen Mason. Thank you, Scott for your excellent service in bringing outstanding speakers for all these years.

To our members and prospective members, we encourage your input on how we can improve the SALC and we hope you can join us for our upcoming events. 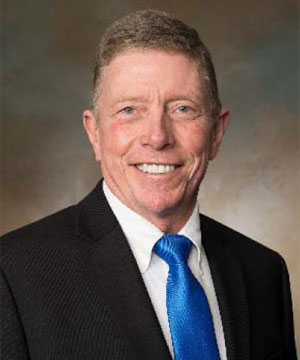 Aggie in Space Goes to Sea

The History of Texas A&M University

Texas A&M University: A Vision for the Future

Making Sure A&M’s Traditions and Culture are not Lost

The Senior Aggie Leadership Council meets on the second Tuesday of odd numbered months.
Scheduled events for 2022 are as follows:

Are you a Aggie Alum that would find value sharing your experiences with other Aggie executives? We would love to have you join us!