Meet the Board of Directors

The Council is governed by the Board of Directors which is responsible for selecting, rejecting or dismissing members; carrying out the provisions of the by-laws; and, promulgating and implementing such policies as it deems reasonable and necessary to accomplish the purposes and goals of the Council.

The membership term of the seven regular members of the Board of Directors is for three years, to be staggered by random selection that serves to ensure continuity of leadership. The eighth member is the President of the Capital City A&M Club, who serves during their one-year presidency. The ninth member is the outgoing CCAMC President who will serve one more year as President of the Capital City A&M Foundation. There shall be an election of board members each year at the January meeting. 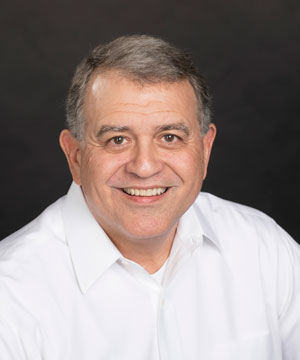 Larry Bloomquist is the former President of Mechanical Reps, Inc. (MRI), a manufacturer’s rep firm serving the HVAC industry. He sold the firm to two employees in October 2015, but remains active with the company in business development and sales.

Larry, a native Austinite, received his Mechanical Engineering degree from Texas A&M in 1979. He received his Professional Engineers registration in 1984. In 1987, he joined MRI and in 1997 he and a partner purchased the company from the founders. MRI has offices in Austin, San Antonio, Corpus Christi, Weslaco and College Station. Mechanical Reps, Inc. was honored as an Aggie 100 recipient in 2008 and 2009 and Inc. 5000 in 2010. Larry serves on the A&M Mechanical Engineering Industry Advisory Council.

Larry served as President of the Capital City A&M Club in 1985 and served on The Association of Former Students Board of Directors from 1990-1993. He then served on the Board of Trustees of the 12th Man Foundation from 1993-1998 and was elected Trustee Chair in 1997.

Larry is an elder at Westlake Hills Presbyterian Church. His wife Amy, Class of ’83, is a self-employed board certified estate planning attorney. Joe Langford is the Managing Shareholder of Carpenter and Langford, P.C

Joe began his accounting career immediately following his graduation from Texas A&M in 1985 with a Bachelor of Business Administration. Before founding Carpenter & Langford, PC, he gained valuable real-world experience, first with Gibson, Johnson & Co. and later with John Winn and Associates. Dr. Eugene Payne is the founding Executive Director of the McCoy College of Business Foundation at Texas State University. In 2004 he retired as President and CEO of Financial Industries Corporation (FIC), a financial services company listed on NASDAQ. During his tenure, FIC was named one of the Top 100 Growth Companies in the nation from Fortune Magazine.

Gene began his career in the 1960s as a management scientist at E. I. DuPont, and later worked for Ross Perot in the early years of the EDS Corporation. In the early 1970s, he was the Director of Planning for the creation of an entirely new doctoral-research institution, The University of Texas at Dallas.

Dr. Payne received a BS in Physics and MS in Engineering from Texas A&M and a Ph.D. from the University of Oklahoma. He has published, consulted and testified as an expert witness in the areas of management, entrepreneurship, financing, and strategic planning. 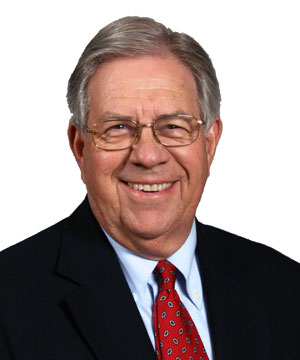 Edis Oliver is a native of Waco.  He graduated from Texas A&M in 1964 with a B.S. in Mechanical Engineering and a B.B.A. in Management.  Subsequently, he earned an M.B.A. from The University of Chicago.

Upon graduation, Edis accepted a job with Otis Elevator Company in Chicago.  He was later employed by Honeywell and an Austin technology firm, Nuclearay, Inc.  Following a desire to own his own firm, Edis founded Oliver Roofing Systems in Austin in 1973 and built that firm from $500,000 in sales to $4.5 million prior to its sale to employees in 1984.  Building on his experience in the roofing and waterproofing business, he founded Edis Oliver & Associates, a roofing and waterproofing consulting engineering firm, in 1987. Edis built that firm into a preeminent firm of its type with such clients as IBM, Sematech, the City of Austin and dozens of school districts.  Edis Oliver & Associates was purchased by a national architectural, engineering, and material science firm, Wiss, Janney, Elstner Associates in 1986, where Edis is a Principal and stockholder today.

Edis has served as president of the Roofing Contractors Association of Texas and the Central Texas Chapter of the Associated Builders and Contractors, and received the prestigious Curtis Blackwell Memorial Award for his industry contributions in 2013.

Edis is married to his Elizabeth Bell Oliver, his wife of 54 years.  They have two children, John, and Louise, who also both live in Austin. Edis is a member of the Industry Advisory Councils of the Department of Mechanical Engineering and the Construction Science Department at Texas A&M.  He is also a 45 year holder of season football tickets and an active member of the 12th Man Foundation and Association of Former Students. 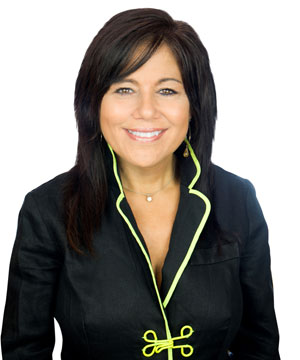 Carol is a residential realtor in the Austin area. She has lived in the greater Central Texas region her entire life. Her familiarity with Central Texas schools, housing, and growth since the early 80s provides clients valuable insight into our area’s real estate market.  While this is her second career, Carol has achieved rankings of one of the top producers in her office.

Carol is a retired assistant superintendent of schools and principal in the central Texas area.  She has her Ph.D. in Educational Administration (from Texas A&M), where she worked in Central Texas schools for 30 years and continues to build community between residents and school administrations now as a realtor.  She uses her unique insider familiarity with the area’s schools to help parents with children in finding the ideal home to best fit their needs and lifestyle. She guides them toward making well-informed decisions when selecting a home best suited for them and uses her first-hand knowledge of our area with current market trends, ensuring optimal results for her clients.

In addition to serving on the Senior Aggie Leadership Council Board, Carol is heavily involved in the community. She serves on several other boards, including but not limited to, Rotary, Lake Travis Education Foundation, and the Chamber of Commerce. She also received a Master’s Degree in Educational Administration in 1996 from Tarleton State University, and a Bachelor of Science in Secondary Mathematics from Texas A&M in 1986. Upon completion of his education at Texas A&M University in 1969 with a B.A. in Economics, Wayne obtained a J.D. degree from the University of Texas at Austin, School of Law in 1972. He has been engaged in the private practice of law in Austin, Texas, since 1975 and is now semi-retired.

Wayne and his wife have been members of the Chancellor’s Century Council for the Texas A&M University System for many years and served as Chair in 2005 and 2006. He is a former president of the Capital City A&M Club, a former member of the Board of Directors of the Texas A&M Association of Former Students, and is a former member of the President’s Advisory Council for the President of Texas A&M University.

Wayne and his wife Phyllis are the proud parents of two children (classes of ’97 and ’01) and have five grandchildren. Scott joined A.G. Edwards in 1998 and through a series of mergers now serves as First Vice President, Investment Officer at Wells Fargo Advisors in Austin, Texas. Scott specializes in high net worth and institutional wealth management issues, including retirement plans and executive compensation strategies. He has been selected as a multi-year selection Five Star Wealth Manager and he and his partner manage $180M in assets, primarily in the central Texas area.

Scott Smith was raised in Bryan, Texas. He is a 1993 honors graduate of Texas A&M and upon graduation commissioned as a Naval Officer. He served onboard the USS Monterrey from 1995-1997. Scott received and maintained a Top Secret security clearance, and various combat watch qualifications, as well as Officer of the Deck and Command Duty Officer. While serving onboard Monterrey he managed Tomahawk strike operations and training in the Adriatic, Mediterranean, and Persian Gulf. 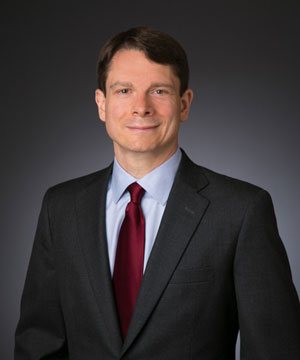 Stephen A. Mason, ’99
Board Member

Stephen is a member of Dickinson Wright, PLLC, a full-service law firm serving clients in industries ranging from banking to biotechnology.  Stephen is a USPTO-registered patent attorney with substantial corporate, regulatory and contracting experience, focused on the needs of technology companies in disruptively innovative sectors. His clients share a common commitment to market-leading innovation in sectors ranging from surgical devices to software.

Stephen received his degree in electrical engineering from Texas A&M in 1999.  He subsequently received a law degree at Baylor Law School in 2003 and moved to Austin to join the intellectual property practice at Bracewell and Patterson. After leaving law firm life to serve as the general counsel and first in-house lawyer of an Austin-based Internet-advertising startup, Stephen joined Dickinson Wright as a member in 2018.

Stephen served as President of the Capital City A&M Club in 2007-08 and served as President of the Texas Aggie Bar Association in 2008-09.  He was also a precinct chairman for the Republican Party (in Travis Heights and then in East Austin) from 2004-2012.  He currently serves as chairman of the Supervisory Committee of Greater Texas Credit Union (Aggieland Credit Union).

Stephen and his wife, Diane Zander-Mason, are the parents of two daughters. 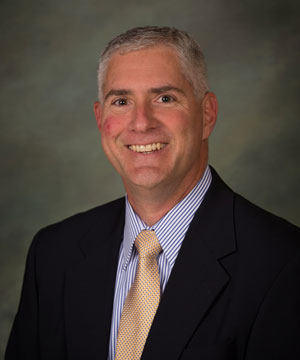 Before founding Forethought, Robert was the General Manager of Compliance for Delta Air Lines’ Airport Customer Service (ACS) division. His full background includes broad exposure in managing various business aspects, including quality, disaster planning, emergency response, environmental compliance, aviation maintenance/safety/security, occupational safety, and information technology having been a Certified Business Continuity Planner, a Certified Quality Auditor, and a licensed aviation maintenance mechanic. He has a Bachelor of Science from Embry-Riddle Aeronautical University, an Associate of Applied Science in Aviation Maintenance Management, and an Executive MBA from Texas A&M University.  He is currently a Certified Safety Professional, Certified Instructional Trainer, Certified Construction Safety Technician and is still licensed with the FAA as a mechanic.

In addition to his civilian career, Robert has served in the United States Army National Guard for over 30 years contributing with distinction in aircraft maintenance, medical service corps, communications, and special operations. He has served overseas more than twelve times, with four to active combat zones in three separate theaters. He currently serves as a Lieutenant Colonel in the Texas Army National Guard’s Regional Training Institute. 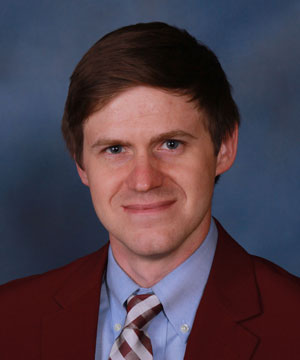 Logan Harrell, native Texan from Arlington, received a B.S. in Coastal Environmental Science from Texas A&M University at Galveston in 2014. He received a J.D. and Master’s in Environmental Law and Policy from Vermont Law School in 2017. He returned to Texas and started his legal career at the Texas Commission on Environmental Quality in the Litigation Division. In January 2020, he joined the Environmental Protection Division at the Texas Attorney General’s Office to continue protecting the health and safety of the public and environment.

When arriving to Austin in 2017, Logan became a member of the Capital City A&M Club. He quickly joined the Club’s Board of Directors as Secretary in 2018 and was the Director of Communications from 2019-2021. He is currently the Club’s President for 2022. He enjoys supporting the Club’s two primary missions of raising scholarship funds for Austin-area students attending Texas A&M and organizing events to connect former students in Central Texas.

Logan is happily married to his wife Dr. Kelly, DVM ’14, ’18, in south Austin with their dog and cat. In his free time, he enjoys cooking, touring around Austin’s craft coffee, beer, and distillery scene, and traveling – until the Aggie Football season when he frequents College Station. 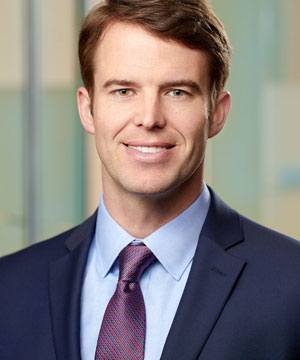 Bryan is a proud Aggie having dedicated years of service as a board member for the Capital City A&M Club as well as the Young Alumni Advisory Council.  During his 2019 term as Vice President of Professional at the Capital City A&M Club, Bryan coordinated the Aggie 100 Luncheon, Maroon & White Tasting, Holiday Cocktail Pairing, and other professional networking events throughout the year.  Bryan graduated from Texas A&M with an degree in finance in 2006 and works with Merrill Lynch.